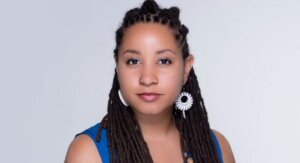 “Students cheered when it was time for poetry. They were eager to share, and they were sad when the residency ended.”

When Shawntai was a student in school, she experienced InsideOut as a young writer. Now she is an InsideOut Writer-in-Residence herself. Having been a part of the InsideOut family for quite some time, she has had some amazing experiences seeing the power of poetry in action. Here, she talks about how her residency at Schulze Academy for Technology and Arts had a positive impact on her students.

“The residency was a chance for students to expand on their current interest or learn that they could love poetry. Many students were enthusiastic writers. One, Cheyenne, was already an ambitious student and writer. She was really excited to have poetry in the room. She wanted to participate in an open mic, and used InsideOut time to practice reading in front of people, making her poetry better, and learning about poets. She ended up reading one of the poems she wrote with InsideOut at a poetry reading. 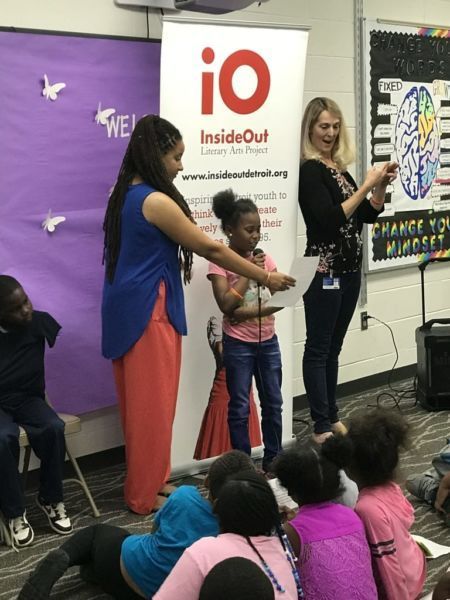 Another student, JP, had been seen as a class clown of sorts. He usually goofed off during writing time and didn’t usually read. The entire time he was taking in the essence of each lesson. Toward the end of the residency, JP did a group poem with two other students. He wrote a poem that included rhythm, figurative language appropriate to the tone, and interesting word choice. His group created a staged music performance that featured his poem. The entire class praised him, and he was so proud of his poem he performed it again for his teacher and told his group they should work on their performance during lunch!

This class of 4th graders was so excited to learn that rhythm and lyrics could be used in poems and that poetry could be a performance. They were so excited by a few group poem lessons that they decided to create more group poems together outside of InsideOut time.”

Shawntai’s students experienced the joy of learning through creative writing every time she visited their classroom.

“Students often have specific, quiet tasks to do in class. Time with InsideOut included time to be loud, to talk with other students, to answer questions with more than one right answer, and to have choice in what to write about. Playing poetry games, having class readings, and creating group poems or artwork usually led to a room of spirited and smiling faces. Students cheered when it was time for poetry. They were eager to share, and they were sad when the residency ended.” 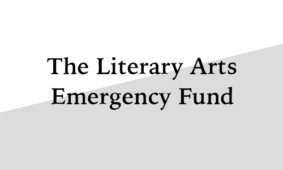